HiiT WEIGHT TRAINING
How to get lean and stronger 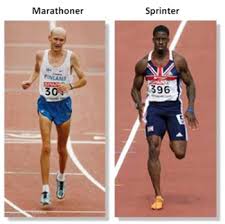 Hiit weight training with sprints is the best way to shed unwanted weight and get fit in the shortest amount of time. For years I did steady state cardio exercises and realized many health benefits from doing them such as – improved respiration, weight loss, better balance and mental clarity.

However the toll it took on my body, particular my joints and feet, negated a lot of the health gains I made.

I have since switched to doing sprints as my cardio of choice and since doing this I have far surpassed the gains made doing steady state cardio. Because the time for doing sprints is shorter,  I feel less stress on my joints and body overall and I have more muscularity. My runs are faster and my respiration is much better since I stepped it up to hiit workouts.

Hiit workouts doesn’t necessarily have to be running. If you have been watching the Olympics lately you would surely have seen the body types and obvious fitness level of the swimmers and gymnasts who do sprints in the pool and  gym as part of their training. The same goes for cyclists and basketball players. Compare these body types to long distance runners or other endurance athletes and the difference is clear to see.

The following article demonstrates how the fastest man in the world get and stays fit by training with sprints and not running long distance.

Usain Bolt will get the chance to capture more sprinting gold medals in the Olympics this month, in the 100 meter, 200 meter, and 4×100 meter relay. The Jamaican sprinter is so fast, he’s earned himself the nickname Lightning Bolt—but how fast could he run a longer distance? Say, a mile?

The New Yorker recently tried to speculate what time Bolt would clock on a mile run, and found that it’s possible he might not fare better than a pretty good member of a high school track team—his body, tall and muscular, is better suited for sprinting than distance running. But there’s no way of knowing for sure whether his mile run would take four, five, or six minutes, because he has never tried.

That’s right: The fastest man in the world has never done the thing pretty much every American high schooler has to do. Bolt’s agent Ricky Simms confirmed to the New Yorker in an email statement, “Usain has never run a mile.”

If you were curious who holds the world record for the fastest mile run, it belongs to Hicham El Guerrouj of Morocco at a time of 3:43.13 in 1999.

To improve your strength and flexibility visit the Human Trainer website where you will find information on a variety of training equipment that can be used at home or on the road.

The original article can be found here.

For more information on exercises that can be done using resistance bands go to How to Prevent Pre-diabetes.

One Response to "Benefit of doing sprints over steady state cardio"